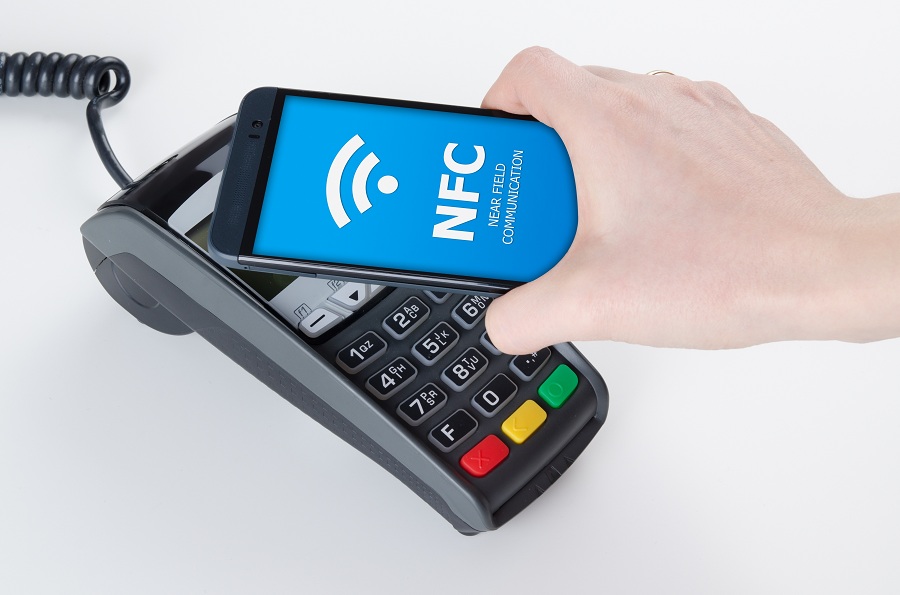 So far, we have talked about short distance communication methods where a fairly powerful radio transmitter is used to communicate with devices within a room or in the next room. Today, we will see a method which is effective only when the devices are within millimetres or at most centimetres of each other? Why would you need communication over such an ultra-short distance at all? Let’s find out. 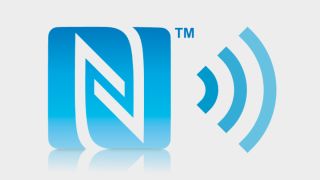 NFC stands for Near Field Communication. Instead of using powerful radio transmitters, NFC uses extremely low-powered radio waves, in which two devices communicate when they are within tapping distance, or just centimetres apart. The two devices are fitted with NFC chips, which generate the fields. All smartphones since 2015 have been carrying an NFC chip, so the communication method is actually quite widespread and available. The problem is that very few applications have been written to really use NFC in a widespread way. Only Japan and South Korea have used NFC is a significant way.

The radio waves used in NFC have a frequency of 13.56 MHz. The maximum data transfer rate is 424 Kbps.

What is the use of a communication method that requires devices to practically touch each other and where you cannot even top 500 Kbps? When we think about communication, we glorify all the methods that let you talk to people on the other side of the globe or operate devices remotely. We think about smoothly streamed music and video. We fail to think of use cases where two devices open up possibilities when they are within touching distance.

Here are some examples to perk your imagination.

i. Use your smartphone as a wallet to pay money. The smartphone can tap on a payment terminal.

ii. Use your smartphone to get more information about a place or a museum exhibit.

iii. Tap your phone with your friend’s to share songs, files and videos.

iv. Tap your home’s lock with your smartphone to unlock it.

The above are just some possibilities. But you can think of NFC as a method to use taps where other mechanical actions with your hand were previously required.

NFC devices come in two forms: passive and active. A passive NFC device does not transmit anything until an active device requests something. Most passive NFC in fact are powered off when not in contact with an active device. It is only when an active device taps on a passive device that power starts flowing through the latter. This is usually achieved by using a tiny transformer, a device that is capable of generating power when within the magnetic field of another powered device. This goes back to our high school syllabus on coils and induction. Once powered, the passive NFC device transmits data that is requested. The data is usually an ID or a URL.

Security has been a huge problem for NFC. A nearby device can snoop the NFC signals. This has been remedied in the last couple of years with encryption and the mandation of PINs and One Time Passwords.

But another bottleneck remains. NFC is a two-way communication only. There is no way to broadcast to multiple devices. If you are with 4 friends and want to share a photo with all of them, then you need to tap each friend’s phone turn by turn and transfer the photo to each of them seperately. In other short-range technologies like WiFi and Bluetooth, it is possible to broadcast to multiple devices.

NFC is actually more commonly used that thought to be, but misunderstood. If you are in India, you will often see malls taking tap-to-pay payments for amounts upto ₹ 2,000 with no PIN entry. Your credit card is tapped or brought very close to the payment terminal, instead of swiping it or inserting it in a slot.

For availing it, you need to have a recent credit card with an NFC chip. The payment terminal which accepts such cards is an active device which induces a small current inside your card, which is a passive device. After the card’s tiny circuit is powered up, the terminal reads the details of the card from its chip, after which the payment is authorised by a gateway.

Unfortunately, the official symbol of NFC resembles that of WiFi. So in India, you will often hear cashiers mentioning ‘WiFi payment’. They actually mean cards that use NFC and tap-to-pay.

NFC may be too rudimentary for the world to use at a large scale, but it is not without possibilities. NFC is very useful in systems where you identity is your only requirement for gaining access to your system. The other steps after identity can be automated. Your NFC chip is your identity and once other system gain identify your chip, then the automation possibilities are endless. Payments can be authorised, locks can be opened, information can be unlocked and plenty of things which we are unable to fathom today can be done in the future.