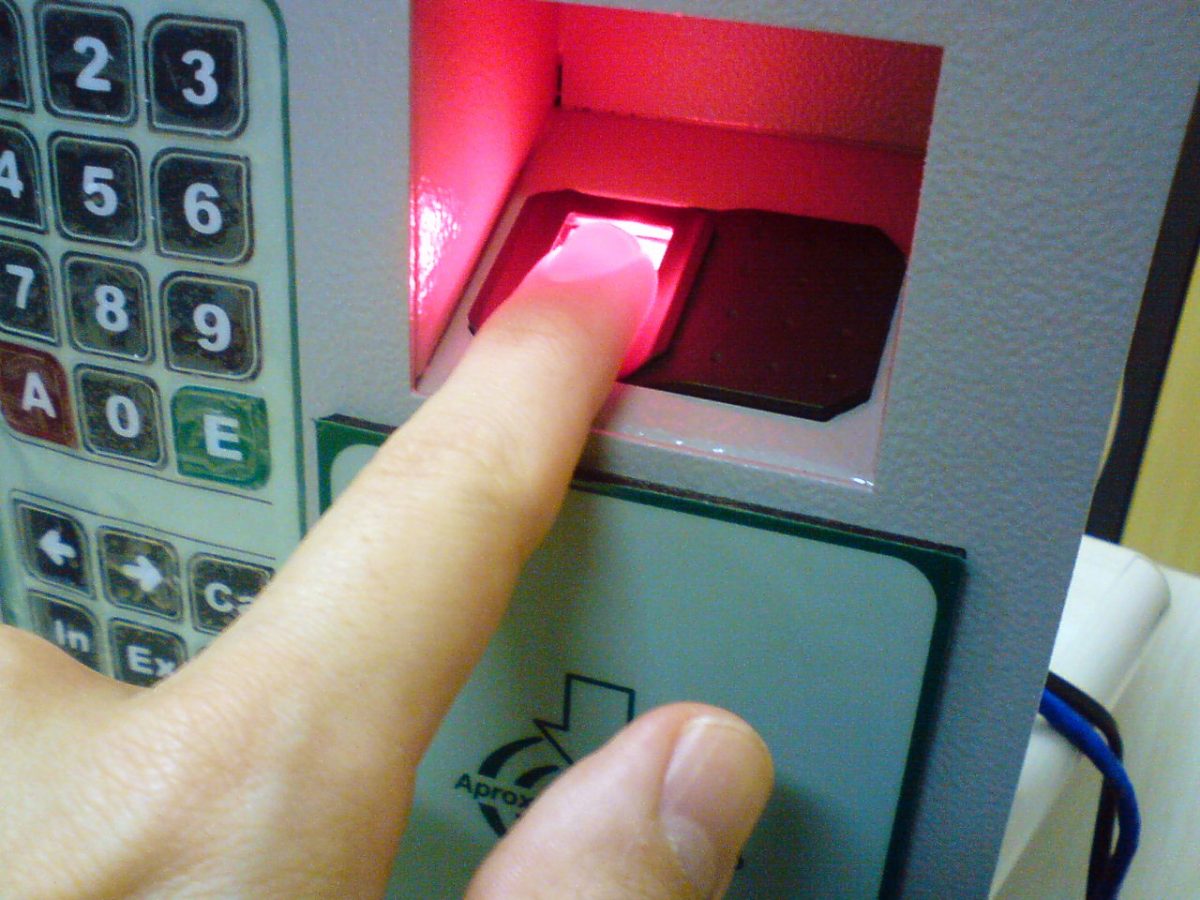 The use of fingerprints has been at the forefront of biometrics even during the non-digital times. From dipping your finger into a pad of ink and transferring your print to a sheet of paper, we have come a long way in the form of touching an illuminated plate of glass.

Have a close look at your fingers. Use a magnifying glass if you have one. You will see that the skin on your fingers have alternating ridges and valleys. These are nature’s way of roughening the surface of your skin, adding friction and helping you hold onto things. A smooth skin with no ridges would have found it hard to grip things for a long time. That’s what happens when your fingers are covered in a layer of butter or water.

It is purely a coincidence that everyone has a different pattern of ridges and valleys on his/her hand. Nature didn’t need for fingerprints to be an identity. Nature just made the patterns so random that everyone’s print differs. As humans, we have developed techniques to quantify and measure the differences. We have built security software that can do two tasks. One on hand, such software can tell the difference between prints from different persons. But importantly, it can find out that multiple prints left by the same person are identical.

When the user’s finger is placed on the glass plate, the scanner emits a light shaft at its default brightness. The light is reflected towards the sensors, which record a scan of the finger. The sensor checks whether the scan is sufficient or if it is under-exposed (too less light) or over-exposed (too much light). An under-exposure leads to a dark scan where the finger appears like a silhouette, with no fingerprints seen. An over-exposure sends so much light that the sharp lines between the ridges and valleys become blurred.

To compensate, the lighting source adjusts the brightness and tries again. This trial and error is done until the device captures a scan that is deemed appropriate. In such a scan, the ridges and valleys can be seen vividly. In a room with poor lighting, the trial-and-error takes multiple steps and a scan can take several seconds and attempts.

The device usually responds with a sound indication such as a beep to indicate that the scan is successful. Usually the scanner is a peripheral device and is attached to a master device such as a desktop computer or a server machine. The successfully scanned image is sent to the master device for storage or for comparison with a stored fingerprint, depending on if this recording is a first-time scan or for later identification. The standard dimensions of the image is 512 pixels by 512 pixels, measuring 1 square inch. This means that the image is scanned at a resolution of 512 dpi (dots per inch). The image is greyscale capable of storing 256 possible shades.

The recording process described above captures an image of the user’s fingerprint. The next step is to match the image against one stored in the system. The process of matching a 512 x 512 image to another one can take several seconds or even minutes depending on how identical the two images are. Hence today’s fingerprint matching systems do not rely on pixel-to-pixel comparison.

After a finger has been scanned for the first time, the software identifies 16 points on the scan and stores the patterns under those sixteen points seperately. The FBI in the United States have reduced the necessity from 16 points to 8 points. During the second scan, the same 8/16 points are studied on the latest scan. If the patterns in those 8/16 points are identical in the two images (the stored one and the latest scanned one), then the fingerprints are considered a match. Otherwise, they are considered different.

With the progress in the fingerprinting technology, the devices have become so economical that the latest smartphones are equipped with fingerprint readers. Extremely low-priced readers that can be connected to the USB port of a desktop computer or a laptop are available from several companies. We are entering an era where a person’s identification and his/her authorisation to use services is quite literally at his fingertips. With technologies like Google Pay, PayTM and Aadhar Pay, a user can literally pay money through his fingertips.