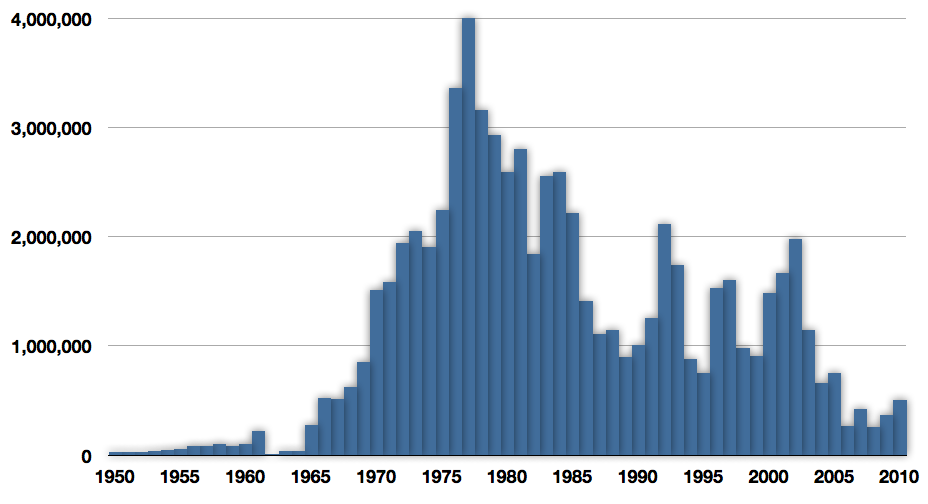 Let’s say you want live sports, but you are at work. You are not allowed to watch the game on video, but there are several other options. One of them is to visit the event’s official website and use the section for live text commentary. In text commentary, you will see a running log of the moments of the game. In football, the minute of the game serves as the lead, followed by a brief description of the action, e.g. “57′: Buffon saves a Ronaldo freekick by diving to his left.”. In cricket, you have the over and ball, followed by what happened, e.g. “17.4: Two runs. Kohli drives the ball to long-off, but Watson is in position to prevent the boundary.” Not only sports, but other events like parliamentary sessions, seminars and board meetings are published the same way, e.g. “10:32 am: Mr. John Doe, Member of Parliament from Acme constituency, takes the mic.” Let’s take this to the world of technology, with sensors recording the current temperature or an online analytics tool that watches every minute you watch a movie online, shop or read a blog. These tools record a minute-by-minute about what’s going on in the surroundings or what the user is doing on a website. In fact, minute-by-minute is an understatement and it is rather microsecond-by-microsecond. To help record this, the world of technology uses a special type of database called the time-series database.

When should I use a dedicated time-series DB solution?

It may not be easy to know beforehand, whether to use a regular relational / document-based database or a dedicated time-series one. But here are some tips to decide when a time-series DB is better.

Since time-series DBs are meant for a humungous amount of timestamped data, they are optimised for such applications. Reads, writes and searches by time ranges are faster. There are pre-built tools for common statistical calculations such as regression, histograms and even CAGR (if you use time-series DBs for technical analysis of stocks).

Time-series DBs are neither compatible with SQL queries, nor with relational databases like MySQL. You need to maintain seperate databases for timestamped and non-timestamped data. This is because, unless data is timestamped, time-series DBs are slower, e.g. for a phone directory or a database of all customers’s bank accounts. So you need to keep your non-timestamped data seperately for those queries to work efficiently. You application needs to manually sync data between the two databases. You need to learn programming to be able to query time-series databases, since most of them don’t support SQL queries yet.

There are a few solutions that are SQL-ready and you can use SQL queries to query data. Here are two.

If you have huge set of time-stamped data generated over a long time, running into tens of thousands and millions and you need to spot trends, then time series DB may be for you.
[subscribe_form]