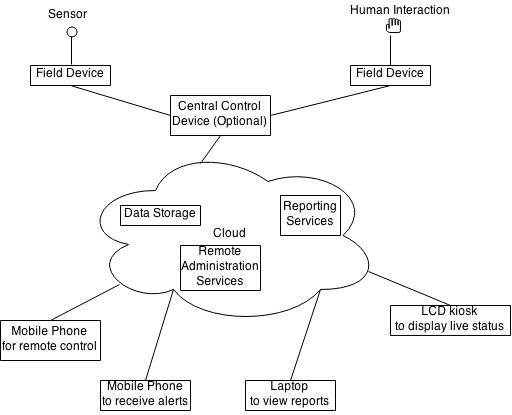 Introduction to Internet of Things

As more and more devices are released in the market with the attempt at automating and improving our lives, one of the biggest buzzwords that has seized the world by storm is the Internet of Things or IoT for short. While the exact definition of IoT is very difficult, the following principles can be used to characterize a typical IoT system: Waze is a system which is used to help a vehicle driver navigate his way from point A to point B on the best route possible, keeping in mind the distance, the traffic conditions and any known blockages such as road repairs, constructions, toll booths, etc. Waze is able to tap into its huge bank of information about roadways around the world. Their information was deemed so useful that recently Google purchased their data and used it to highlight traffic information on their own Google Maps. How does Waze do it? Let us revisit the points above and map each one to Waze.

While IoT seems to work rather seamlessly and intuitively from the user’s point of view, a huge effort is needed by the engineers of the system itself. They need to delve into a wide array of technologies. In our next post, we shall peel IoT into various layers and see what hardware, software and protocols goes under the making of each layer.