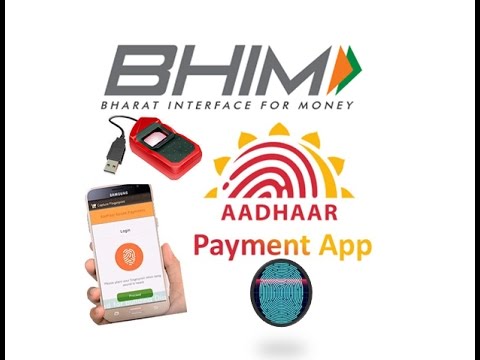 In the last two posts, we saw how to use BHIM and PayTM using a smart phone. But what if the paying customer does not have a smartphone. Has India’s rapidly advancing digital payments pioneer NPCI (National Payments Corporation of India) considered a way to include customers with no smartphones? Turns out it has. Of course, terms and conditions apply, but NPCI has made a way for non-smartphone customers to pay digitally. Enter Aadhar Pay.

What is Aadhar Pay?

Aadhar Pay is a payment system similar to UPI. It allows direct and real-time transfer of funds from one bank account to another. While UPI depends on the payer using a smartphone app (such as BHIM) to initiate the transaction, Aadhar Pay does not require any special hardware or software on the payer’s end. The payer’s Aadhar number and matching fingerprint are enough for the transaction to take place.

The vendor needs to have a compliant Aadhar Pay enabled app installed on his/her smartphone, with an Internet connection. Besides, the vendor also needs a fingerprint scanner, so that the payment can be authorised.

This explanation is over-simplified though. So let’s see what needs to be done behind the scenes.

Let’s look at the payer’s point of view. Before the payer can pay using an Aadhar Pay enabled system, he/she needs to link at least one of his / her accounts with his/her Aadhar number. To do this, he/she can use Netbanking or approach the bank branch in person. While paying, the payer enters his/her Aadhar number on the Aadhar Pay app on the vendor’s phone. Next, the phone’s screen prompts the payer to put his/her finger on the finger print scanner attached to the phone. The finger print is scanned and matched with the records in Aadhar system’s database. If the fingerprint is a match, then the payment is authorised. Money is debited from the payer’s Aadhar linked bank account. Note that if multiple bank accounts are linked with the same Aadhar number, the Aadhar pay first prompts the payer to select one of the accounts for debit.

Let’s move on to the vendor’s point of view. The vendor needs the following to get going.

(a) A smart phone with Internet connection
(b) An Aadhar Pay compliant app
(c) A current account (note: savings account is not allowed) linked to his/her Aadhar number
(d) A finger print scanner attachable to the smartphone via USB. Note: I am not aware if phones with in-built fingerprint scanners can be used without having to attach the external scanner (e.g. Moto G5).

To start the process, the vendor using the Aadhar Pay compliant app to register him/herself as a vendor. During the registration process, his/her Aadhar number and current account details are required.

I mentioned that the vendor must have an Aadhar Pay compliant app installed on his/her phone. An Aadhar Pay app has the following responsibilities.

So what are you waiting for? India is on the cusp of a revolutionary payment method where payments can literally be made with finger tips. Go get your bank accounts linked with your Aadhar number. If you are a vendor, go get the fingerprint reader and register your business on Aadhar Pay system. Your customers will thank you for it.